To strengthen the ongoing development of KIBO Sikring A/S and MobileGate Security A/S (MGS), the two owners and the Board of Directors of Kibo Sikring have chosen to sell 40% of the companies to Executive Capital. The objective is to consolidate ongoing internationalisation and prepare the companies for further growth in a growing market.

“KIBO Sikring A/S and start-up MGS have both seen some very exciting years and are ready to venture out into the wider world. The new owners will help reinforce the company for increased expansion and internationalisation,” according to CEO and co-owner Lars Kramer.

“Even though KIBO enjoyed a very good year in 2017, we’re not resting on our laurels. We’ve seen considerable growth in both KIBO Sikring A/S and MGS, achieving a turnover in 2017 of DKK 150m, corresponding to an increase of more than 25% compared to the previous year.” Profit, too, shows satisfactory development. “We are not completely finished with the 2017 annual report,” CFO and co-owner Morten Olesen continues, “but we expect roughly a 50% improvement in financial performance compared to 2016, when profits amounted to DKK 5.5m.

“We want to consolidate our companies for further growth by sharing ownership with some experienced businesspeople from Executive Capital, which has considerable experience in the development and internationalisation of companies like ours. Torben Bjerre-Madsen and Knud Foldschack – both partners in Executive Capital – will join the boards of directors, with Torben as chairman,” Lars Kramer explains.

“There’s strong demand for and interest in our security solutions and products. The demand for security solutions is increasing strongly, and KIBO Sikring A/S and MGS are working with 360-degree protection to deliver integrated solutions that include both mechanical and electronic security: from fences, gates and bollards – to video surveillance, access control and intruder alarms,” says Lars Kramer.

“We see KIBO and MGS as two exciting companies in a growing market. KIBO has developed a number of interesting concepts in recent years, too,” says Torben Bjerre-Madsen. “When I was CFO of Crisplant Industries, I got to know Lars and Morten as two skilled, committed people. And Knud Foldschack and I are impressed with the positive development they have created in KIBO in recent years,” concludes Torben Bjerre-Madsen.

A part of Security Holding Denmark 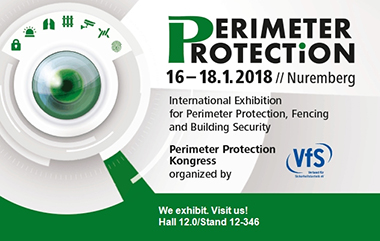 The Perimeter Protection fair in Nuremberg, Germany, is all about the latest technologies and developments in the fields of outdoor area protection and building security